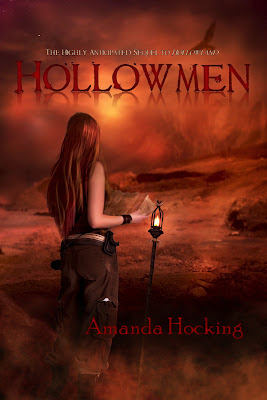 After six months in the quarantine, Remy finds out things are much worse than she feared. Her plans to escape come with a heavy cost, and she realizes that zombies aren't the worst of her problems

I was slightly disappointed by this book because although it picked up where the first one ended and the story never faltered it was almost an exact replica of the first book, in the sense that it was about Remy’s journey to find her brother again and then it swiftly turns into a journey across country to head to somewhere that isn’t overrun with flesh eating zombies.

The one aspect of this book that really frustrated me was that I was hoping to find out more about the original characters in the first book but Hocking killed them off early on and introduced a whole new group to travel with Remy and although I developed connections with the new group of people it was hard not to think about Harlow, Blue and Lazlo.

I missed Lazlo in this book, I missed his charm and carefree attitude and I was extremely disappointed that he was only present for a couple of pages because I was really hoping that Hocking would explore his and Remy’s relationship further instead of creating a Boden as a new love interest for Remy without a conflicting one.

Again it was filled with brilliantly described action scenes and plenty of gore and there’s no doubt that Hocking is a beautiful storyteller but at the rate the characters are killed off I couldn’t help but feel that they were put in the story simply to fill up the pages. I enjoyed the book because I enjoy Remy’s world but I felt that the story had major holes in it and was again frustrated that there was no search for a cure to the Lyssavirus and the characters seemed to give up and just accept the world they are living in.

The ending was sweet and I felt that the story came to it naturally but I was hoping for something that would provide some answers about the zombies and how exactly they came into the world but my questions remain unanswered. I can’t believe that someone with Remy’s nature would simply stop fighting and decide to settle down as a family, especially since from the beginning the story led us to believe that Remy and her brother were the only people that could save the world.

I was hoping for another book but after reading Hocking’s blog can see that it’s unlikely there will be another one in the near future however if her plans change I will be looking forward to seeing what’s in store for Remy and her new family (also I hope Lazlo is thrown back into the story).