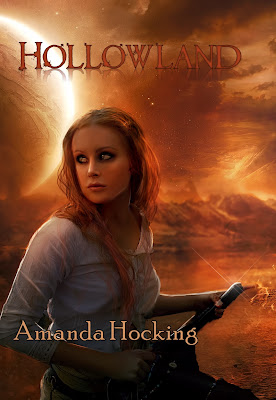 
"This is the way the world ends - not with a bang or a whimper, but with zombies breaking down the back door."

Nineteen-year-old Remy King is on a mission to get across the wasteland left of America, and nothing will stand in her way - not violent marauders, a spoiled rock star, or an army of flesh-eating zombies.


This book shows an apocalyptic world full of zombies and one girl’s struggle to find the brother she was separated from. I was drawn into Remy’s world from the very first page and enjoyed the exploration of human nature when faced with only one choice. To survive.

I enjoyed that this book focused around a strong female lead and it reminds me very much of Alice and the Resident Evil series, considering that humans are turned into zombies by a virus; the Lyssavirus. Remy is tough, brutal and incredibly strong in every sense of the word. She has one focus; her brother, and refuses to let anything stand in her way. She is a born leader and fiercely protects her pack of sidekicks; Harlow, a 13 year old girl with an attitude; Lazlo Durante, a spoiled rock star who has survived purely by luck and Blue Adams; a medical student with a soft nature but this doesn’t stop her considering branching out alone, she isn’t afraid of what’s waiting for her but only of what’s happened to her brother.
This is an action packed story from start to finish and Hocking’s action scenes are so well written you can picture every punch (which isn’t an easy thing to do). She never misses a chance to throw in some gore which is perfect for this genre although not great if you have a weak stomach and the best part of the story hands down is Remy’s ‘pet’. Along the way she finds a lion which she quickly names Ripley (anyone else thinking of Alien?) that seems to have an affinity with Remy; she recognises the heart of another lioness.

The end is somewhat anti-climactic and predictable but raises questions that I hope will be answered in the sequel, this book honestly blew me away and exceeded my expectations because Hocking has written a book based on the end of the world but manages to sneak in romance and love although Remy would never admit to those feelings.
I can’t wait to see what’s in store for the sequel and hope Hocking throws in a search for a cure to the Lyssavirus because so far there has been no mention of it and this detracts from an otherwise brilliant story.